Often, when companies say “backed by science” they mean some or all of the ingredients have been separately studied by various researchers around the world.  In the case of herbal studies, the plants studied may have been grown or processed differently than the ingredients you find in products that use such data to support claims.

Plantiva has undertaken 9 blinded controlled studies on Plantiva’s whole formulas.  Some of our studies evaluate mechanisms like immune cell activity, others look at outcomes, e.g. did you feel better.  We’ve also undertaken human gene expression research as well as studies that combine mechanisms together with outcomes.

Below are some of the studies we’ve performed on our formulas – the very formulas found in our products.

One trial was a three-day study and the other was a longer one-month study. The results of both studies showed that within 10-20 minutes the subjects who received AllerDx demonstrated statistically significant improvement in nasal airflow compared to subjects that received placebo.*

Lipopolysaccharide (LPS) induces the expression of pro-inflammatory genes. To examine the effect of ColdDx on the immune system, in-vitro gene expression experiments were performed on whole human blood exposed to LPS in the presence or absence of ColdDx. Blood samples were then assessed for the expression of 24 selected genes involved in inflammation by quantitative polymerase chain reaction (Q-PCR). 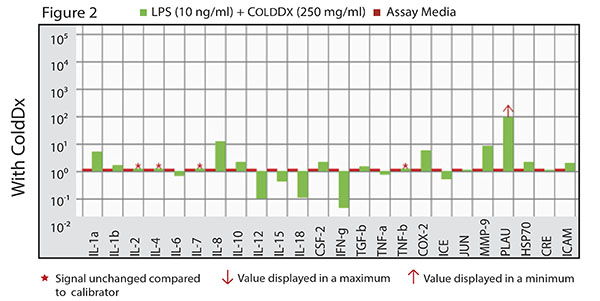 A placebo-controlled human clinical study undertaken with 61 subjects was performed. Subjects consumed either placebo, 900 mg/day, or 1350 mg/day of ImmuneDx over a winter season alternating 2 weeks on and 1 week off. The frequency, severity and duration of immune challenges were reported. ImmuneDx was shown to significantly help subjects maintain healthy immune function over a winter season.* 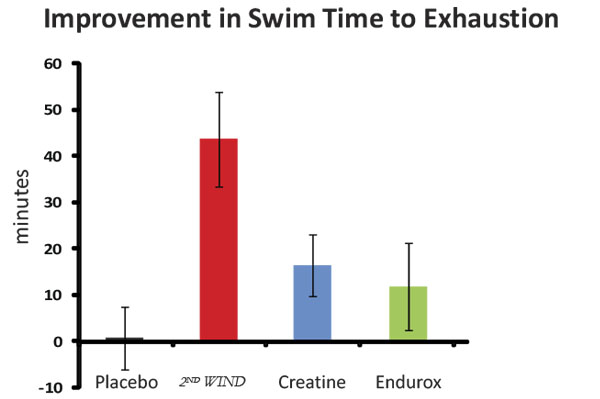 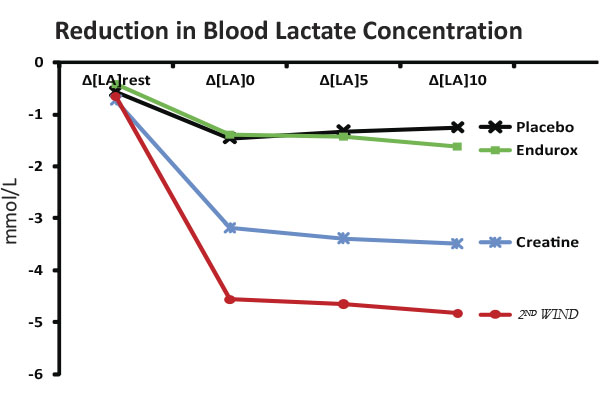 2ND WIND accelerates athletic recovery by enhancing the clearance and redistribution of lactic acid. In the process, it increases stamina and endurance by utilizing the lactic acid for energy elsewhere in the body.*

Two blinded human studies have shown that 2ND WIND more than doubled the clearance of lactic acid from the blood in the 15 minutes after exercise.
Lactic acid (or lactate) has long been considered a metabolic waste product causing muscle burn and a decrease in reaction time and endurance.
Now researchers have shown that lactic acid is actually an important source of fuel: lactic acid “combustion” equals or exceeds glucose combustion during exercise. It is believed to be the heart’s primary energy source during exercise.*